Aker ASA (Aker) and Aker Horizons ASA (Aker Horizons) are collaborating with Narvik municipality and business partners for the establishment of a hub for green industrial development in Northern Norway. 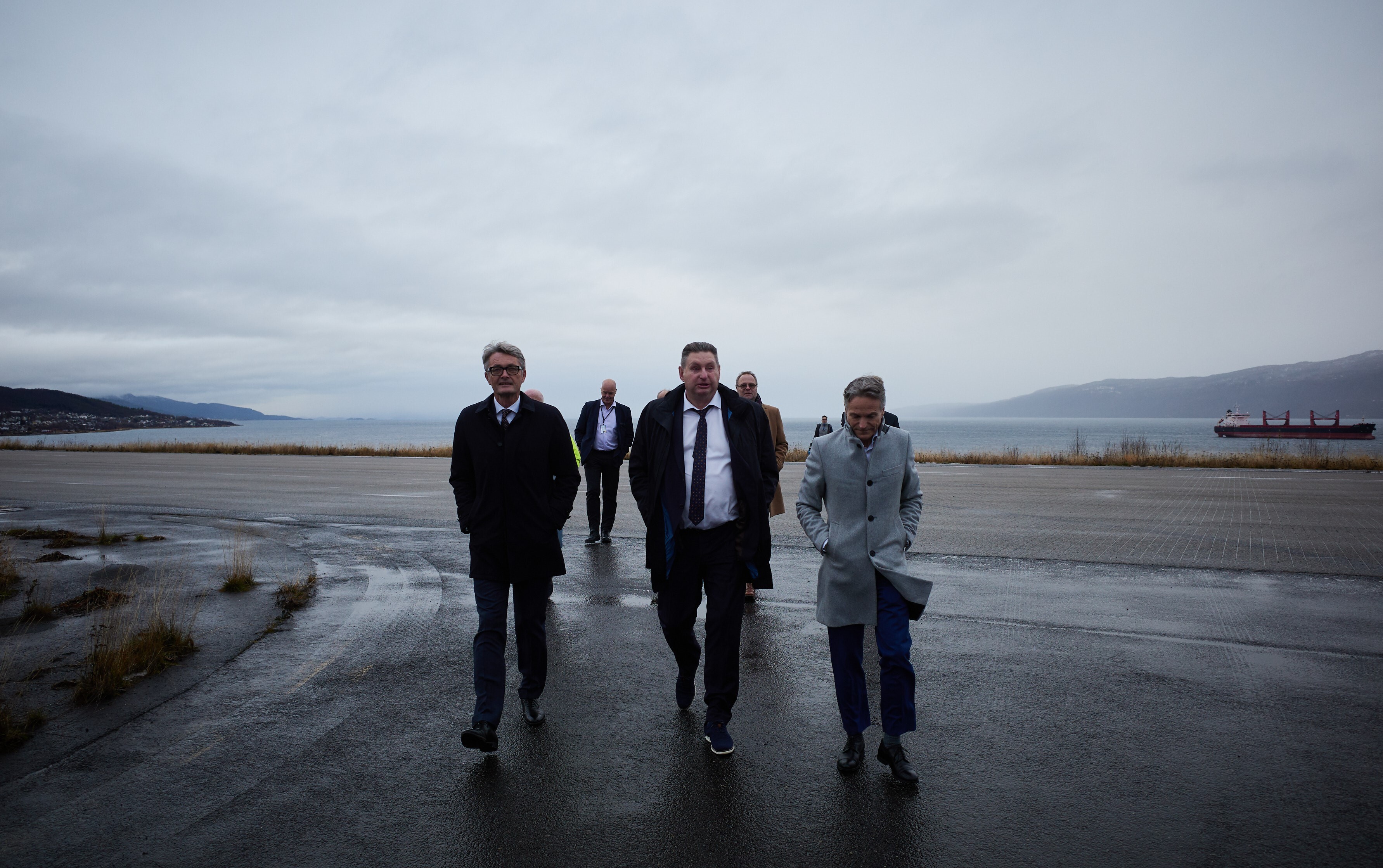 This morning, Aker Horizons announced a series of initiatives in the Narvik region (https://www.akerhorizons.com/news/aker-horizons-lanserer-storstilt-grnn-industrisatsing-i-nord-norge-9sxgt). As a start, properties and assets have been acquired and investments have been agreed for NOK 290 million. The vision is that Aker Horizons and its portfolio companies through major regional investments will be allowed to develop entire value chains holistically, utilizing their capabilities across industries such as hydrogen and renewable energy, with possibilities to enter new segments like battery production and the green steel value chain.

In addition, Aker via its subsidiary Aker Capital AS has entered into a term sheet agreement with the power company Nordkraft, regarding a NOK 200 million investment in Nordkraft’s data center projects at Kvandal and Fjellbu in Narvik. Pursuant to the term sheet agreement, Aker and Nordkraft will venture the data center projects into Narvik Data, under establishment, for further development. Upon implementation of a final agreement, Aker will own 65 per cent of Narvik Data, while Nordkraft will own 35 per cent. For Aker, this opportunity represents another step in Aker’s increased focus on digital value chains.

“The Narvik region is perfectly positioned to play a major role in the green shift and to create future-oriented jobs. We look forward to exploring and realizing opportunities together with Narvik municipality and business partners,” said Øyvind Eriksen, President and CEO of Aker and Chairman of the Board of Aker Horizons.

There is a press conference in the Narvik City Hall at 11:30 today. It will be streamed via https://www.narvik.kommune.no/pressekonferanse-26-oktober-2021.352838.aspx. The press conference will be held in Norwegian. Mayor Rune Edvardsen (AP) in Narvik, the municipality's councilor Lars Skjønnås and Øyvind Eriksen, Aker ASA CEO and Aker Horizons Chairman will participate.