Building on his ongoing investment and engagement in REV Ocean and HUB Ocean, the Norwegian industrial leader and main owner of Aker, Kjell Inge Røkke, has accepted to become a Patron of the Ocean Decade Alliance and the UN Ocean Decade Special Emissary for Industrial Ocean Data. 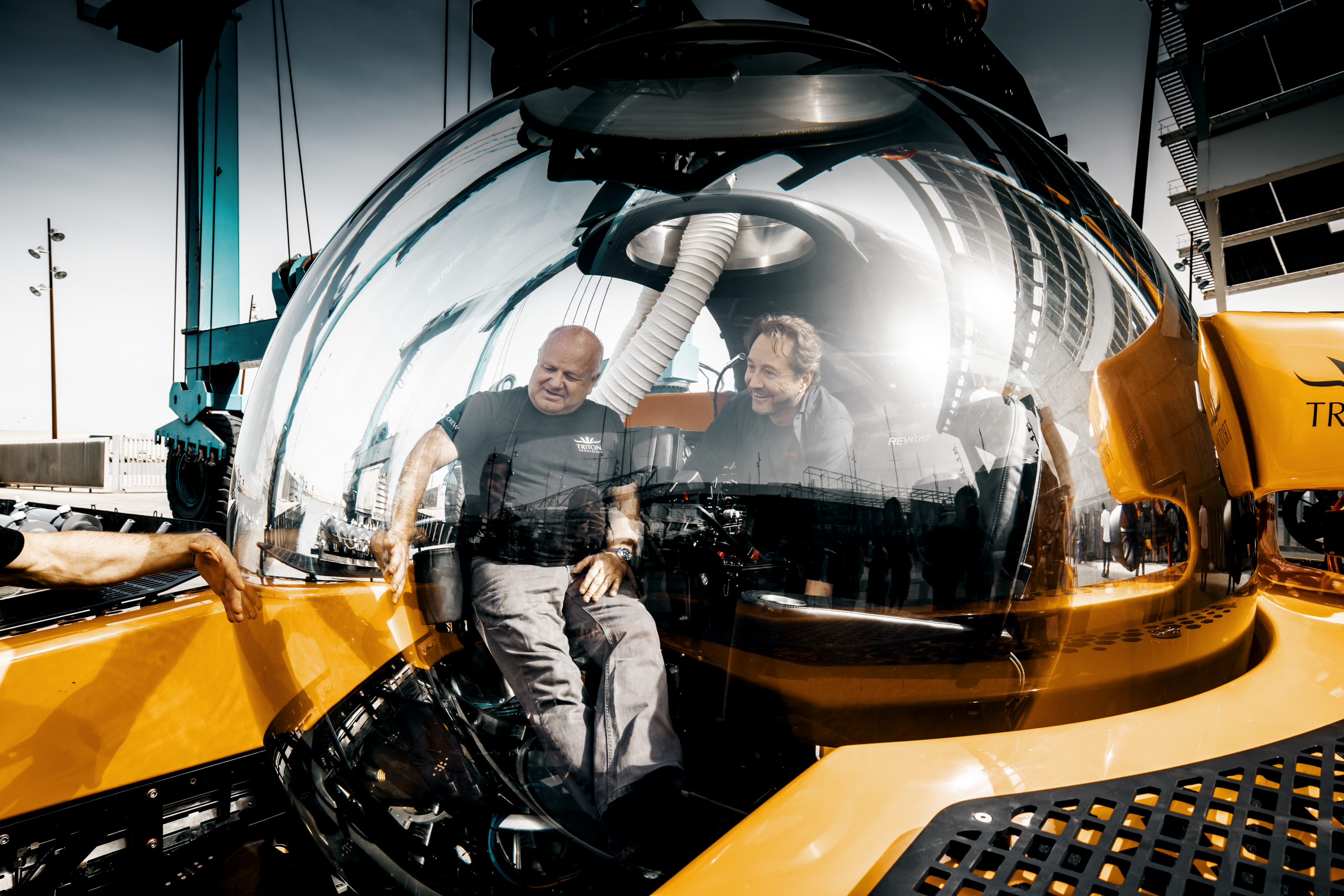 The vision of the UN Decade of Ocean Science for Sustainable Development (2021-2030) is “the science we need for the ocean we want”. It envisages nothing less than a revolution in ocean science that will trigger a steep change in humanity´s relationship with the ocean.

“This invitation is a recognition of the strong commitments that Kjell Inge Røkke is making to the Ocean Decade. His support both in terms of in-kind and financial support to the Decade, and the implementation of Decade Actions, as well as his strong personal commitment to working with the Ocean Decade team and its Corporate Data Group to unlock priority industrial datasets will be crucial to the success of the Decade on several fronts”, said Vladimir Ryabinin, Executive Secretary of the Intergovernmental Oceanographic Commission of UNESCO (IOC-UNESCO), the agency leading the implementation of the Ocean Decade.

Comprising a distinguished network of global leaders and institutions, the Ocean Decade Alliance catalyzes support for the Ocean Decade through targeted resource mobilization, networking and influence.

“I am proud and honored to become a part of the Alliance, and I am eager to start contributing as a Special Emissary. I have lived on and off the ocean most of my adult life, and I am truly passionate about improving ocean health. I can ensure that I will do my utmost to deliver on the trust I have been given throu gh this invitation. I look forward to working with the other honorable members of the Alliance so we can contribute to getting the science we need for the ocean we want”, said Kjell Inge Røkke, the industrial builder and main owner of Aker.

As a member of the Alliance, Røkke will collaborate and coordinate with other Alliance members and the Decade Coordination Unit, hosted by the IOC-UNESCO Secretariat, in leveraging existing commitments to directly contribute to the awareness of Ocean Decade objectives and activities worldwide.

As a Patron and Special Emissary, Røkke´s commitment will be based on three main pillars:

• To unlock priority industrial ocean data from industry sources so that it is accessible for science, decision making, policy and management

The importance of unlocking ocean data

We estimate that only about one-fourth of the global, open and public ocean data is currently shared, even though there has been an exponential increase in the number and variety of ocean observing systems such as research vessels, buoys, satellites and sensors gather important data. Industries are sitting on enormous amounts of data too This is insufficient to drive extensive research and inform sustainable ocean governance and policies.

Therefore, the non-profit tech foundation and partner of IOC, HUB Ocean, invests considerable resources into unlocking ocean data. Cooperating with NOAA (the National Oceanic and Atmospheric Administration), HUB Ocean has made the 22 000 datasets of the World Ocean Database, the ABC for Ocean Scientists, accessible in a few clicks. Several other main ocean databases with information on ocean bathymetry, biodiversity, underwater infrastructure and marine legislations are also available when world-leading ocean data scientists this month will start testing the platform. All open datasets will be available according to the FAIR principles for data sharing.

This is just the start. The platform will also allow privately owned industrial ocean data, never shared openly before, to add value to the open datasets.

In addition to contributing through his work in these areas, Kjell Inge Røkke commits to support the IOC-UNESCO directly through the REV Ocean agreement with a significant new financial contribution.

Mr. Røkke will be officially welcomed in his new role at the UN Ocean Conference in Lisbon on June 27th, 2022.

About the Ocean Decade:

Proclaimed in 2017 by the United Nations General Assembly, the UN Decade of Ocean Science for Sustainable Development (2021-2030) (‘the Ocean Decade’) seeks to stimulate ocean science and knowledge generation to reverse the decline of the state of the ocean system and catalyse new opportunities for sustainable development of this massive marine ecosystem. The vision of the Ocean Decade is ‘the science we need for the ocean we want’. The Ocean Decade provides a convening framework for scientists and stakeholders from diverse sectors to develop the scientific knowledge and the partnerships needed to accelerate and harness advances in ocean science to achieve a better understanding of the ocean system, and deliver science-based solutions to achieve the 2030 Agenda. The UN General Assembly mandated UNESCO's Intergovernmental Oceanographic Commission (IOC-UNESCO) to coordinate the preparations and implementation of the Decade.

About the Ocean Decade Alliance

The Ocean Decade Alliance is a network of eminent partners of the UN Ocean Decade that can lead by example to catalyze support for the Decade through targeted resource mobilization, networking, and influence.

Kjell Inge Røkke launched his business career with the purchase of a fishing vessel in the United States in 1982, and gradually built a leading worldwide fisheries business. His success in this arena enabled him to invest in other businesses, mainly in the United States and Norway. In 1996, he became the main owner in Aker. Since 1841, Aker has been a front-runner in developing knowledge-based industry.

Mr. Røkke has been the driving force developing the Aker Group into one of Norway’s largest private employers. Its main activities are within the oil and gas, renewable and green technologies, fishery and marine biotechnology sectors and asset management. Aker is listed on the Oslo Stock Exchange and is owned 68.2% by Mr. Røkke and his family

REV Ocean is a not-for-profit company created with one overarching purpose and ambition: To make the ocean healthy again. To do that, REV Ocean works to improve our understanding of the ocean and to get key stakeholders – decision-makers, researchers, business and civil society – aligned with that understanding and turn that knowledge into concrete solutions. Any profit generated from its projects will be reinvested into its work for a healthier ocean. The company was established in 2017 and is funded by Norwegian businessman Kjell Inge Røkke.

HUB Ocean is a non-profit, technological foundation dedicated to unlocking and sharing ocean data. HUB Ocean was founded by the World Economic Foundation and Aker.

Through its core product, the Ocean Data Platform, you can aggregate unprecedented volumes of diverse ocean data sets. The Ocean Data Platform itself is a global, open-source and integrated digital data ecosystem providing new and faster insight for the ocean we need and want. But connecting the technological dots is not enough, unless you connect people too; the scientists, the ocean managers and the industry leaders. HUB Ocean bridges the divide by catalyzing innovation through combined data across all sectors. So, there you have it; HUB Ocean unleashes the power of data, technology, and people to change the fate of the ocean.

The photo of Dr. Vladimir Ryabinin is to be accredited Intergovernmental Oceanographic Commission of UNESCO (IOC-UNESCO)

The photo of Kjell Inge Røkke is always to be accredited with photo: Heidi Dokter, and solely to be used in the context of his role as UN Ocean Decade Special Emissary for Industrial Ocean Data, and Patron of the Ocean Decade Alliance.

The photo of Kjell Inge Røkke in the DSV Aurelia was taken in Barcelona in April, 2022 during the baptism of the sub. To be accredited: Photo: Guillaume Plisson.